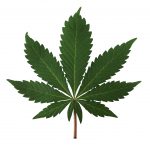 Current Nevada marijuana laws state that only legal way to buy marijuana in Nevada is from a state-licensed store or dispensary. It remains illegal to buy marijuana from any other source. Customers purchasing retail marijuana will have to show proper identification proving they are 21 or older, just like for alcohol purchases.

According to existing Nevada marijuana laws adults 21 years and older can legally possess marijuana in the following amounts:

Adults 21 years and older in the state of Nevada are legally allowed to consume marijuana, but with restrictions on where it can be consumed:

Essentially, this means it can only be consumed on private property (at home, for example), and as long as the property owner has not prohibited it.

It is illegal and dangerous to drive under the influence of marijuana. Any amount of marijuana consumption puts you at risk of driving impaired.

You can click here to email Las Vegas, Nevada Marijuana Crime Defense Attorney Gregory D. Knapp. He has many years experience handling all types of drug crime cases and has a very thorough knowledge of Nevada marijuana laws.