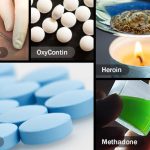 In recent years the numbers of Las Vegas DUI arrests has actually declined whereas the numbers for drugged driving arrests have increased both in the Las Vegas area as well as nationwide. With the number of people on medication increasing and with the access to affordable healthcare improving, DUI drug arrests are only expected to rise. If you were arrested for driving under the influence of drugs, our Las Vegas drugged driving defense lawyers urge you to contact me right away. As a former Chief Deputy District Attorney with more than 16 years experience practicing law in Clark County, our Las Vegas drugged driving defense lawyers can fight to get your criminal charges dropped or dismissed. If that is not possible our Las Vegas, Nevada DUI attorneys will work to get them reduced.

Many people don’t realize there are laws prohibiting driving under the influence of drugs. This is not limited to illegal drugs such as marijuana, LSD, or cocaine; a person can be arrested for DUI if they are under the influence of any controlled substance and this includes common over-the-counter allergy medicines (antihistamines) and lawfully prescribed medications.

It is unlawful for someone to have actual physical control of a vehicle on a highway or a premises with public access after he or she has inhaled, ingested, applied, or otherwise used any chemical, poison, organic solvent, or any compound or combination of any of these to the extent that they render the person incapable of driving safely or exercising physical control over a vehicle. Furthermore, the fact that a person is entitled to use the drug under Nevada’s state laws is not a valid defense. This means that if you take drugs such as Ambien, Lunesta, Percocet, Fentanyl, Morphine, Xanax, Valium, Fioricet, Flexeril, Vicodin, Benadryl or any other pain reliever, sleep medication or muscle relaxer that can cause you to lose control and drive unsafely, you could be arrested for DUI. Again, if you are facing DUI charges it is imperative that you contact our team of Las Vegas drugged driving defense lawyers immediately.

The penalties for a first-time DUI offense in Nevada include:

Do not face these very serious charges alone. That is a huge mistake and will make your already bad situation worse. Let our Las Vegas drugged driving defense lawyers help you.

All drugs, medications and narcotics can be the cause of a DUI arrest. This is true even if you took them as prescribed and were not consuming alcohol with them. Common drugs in DUI cases are Opioids, Benzodiazepams, muscle relaxers, anti-anxiety meds, sleeping pills, antihistamines, headache medications, uppers, speed, barbiturates, depressants, hallucinogenics, sedatives, hypnotics, stimulants, cough medicines and cough medicines.