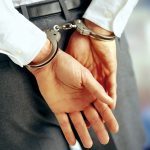 Are you facing criminal charges in Clark County, Nevada? Are you in fear of what could happen to your life if you are ultimately convicted? A criminal conviction, even a misdemeanor, can turn your life upside down now and in the future. If the offense is serious enough it may haunt you forever and will exert it’s effects on many areas of your life. In a situation such as this you need the help our Clark County criminal defense lawyers.

The consequences of a criminal conviction are extremely serious, even if the charges you are facing are misdemeanor charges. By no means is this something you should face alone. Depending on your criminal history, the crime you are accused of and the circumstances surrounding your arrest you may face legal and administrative consequences such as:

The Nevada legal system is very complex and is not something you should attempt to navigate through alone. Contact our Clark County criminal defense lawyers if you are facing any of the following types of charges or situations:

How Our Clark County Criminal Defense Lawyers Can Help

Our Clark County criminal defense lawyers has been practicing criminal law in the San Diego area for many years as a criminal defense attorney. Not many attorneys bring his level of experience and expertise to the table. As your attorney Mr. Knapp will use his experience to effectively defend your rights. Please contact Clark County Criminal Defense Attorney Gregory D. Knapp for a free consultation.

Clark County, Nevada is located in the southeast corner of Nevada and Las Vegas is the county seat. Clark County boasts a population was 1,951,269, with an estimated population of 2,114,801 in 2015. It is by far the most populous county in Nevada with almost 70% of the states residents living there.

Clark County, NV was formed by the Nevada Legislature by splitting off a portion of Lincoln County on February 5, 1909, and came into existence on July 1, 1909.The Las Vegas Valley, a 600 sq mi (1,600 km2) basin, includes Las Vegas as well as the other primary population center, the unincorporated community of Paradise.

Historically much of Clark County was part of Pah-Ute County, Arizona Territory before Nevada became a state. The county was named for William Andrews Clark, a Montana copper magnate and U.S. Senator. Clark was largely responsible for the construction of the Los Angeles and Salt Lake Railroad through the area, a factor heavily contributing to the region’s early development.

Clark County is a major tourist destination, with 150,000 hotel rooms. The Las Vegas Strip, home to most of the hotel-casinos known to many around the world, is not within the City of Las Vegas city limits, but in unincorporated Paradise. It is, however, in the Las Vegas Valley.

Clark County is coextensive with the Las Vegas–Paradise, NV Metropolitan Statistical Area, a metropolitan statistical area designated by the Office of Management and Budget and used by the United States Census Bureau and other agencies for statistical purposes.